How can a coaching journey be boosted by the coachee’s line managers involvement? When and how is it appropriate to engage them in the process and when would it be instead a potential risk?

When planning to involve our people in a coaching journey, we need to remember that they act in a system which can favor or hinder their progress. This system comprehends a series of variables and key stakeholders: the company’s organizational structure, processes, culture, but also its top management, the colleagues… The main stakeholders that will play a crucial role are, though, the team and line managers.

Their support to coachees can be a key factor of integrating the learnings and insights into the professional area.

In this article we will aim at:

We may already be aware of the fact that line managers have the special power of making the life of a collaborator an energetic journey towards new and exciting developmental initiatives that contribute to both the growth of the person and of the company itself.

This is valid in particular since an organizational coaching journey is often integrated in a strategy that aims at developing leadership skills, or raising awareness on inclusive management, or else facilitating a phase of change and uncertainty. In this case, the company wants coachees to work in alignment with the organizational goals.

During a coaching process, therefore, they represent the major key stakeholder that can ensure the success of the initiative itself by creating a ‘flourishing ecosystem’ where the coachee can thrive and put in practice learnings and insights, serving him/herself and the company’s goals at the same time.

In fact, considering that teamworking provides a powerful means of learning ‘the job’, helping its member learn shortcuts and better ways to do their jobs, front-line managers and team leaders play a critical role since they are the ones who can create effective team functioning and promote collaborative opportunities to growth and experiment coaching-learnings.

Line managers are, as well, the first ones showing collaborators how to do things and practicing them, which is considered one of the best ways to learn according to CIPD’s survey Who Learns at Work? (2005).

Line managers have the power, and responsibility, to structure people’s actual experience of doing a job and deliver learning opportunities, providing coaching and guidance along the journey as well as stimulating the learning of team members. Together with performance appraisals and development plans, they are the perfect ally to make sure that coaching-derived learnings can find a fertile humus for a coachee to flourish.

Moreover, other researches demonstrated that a developmental activity such as coaching is enhanced by line managers involvement. According to Noe (1996), support from supervisors impacts employees’ desire to engage in development activities. Gibb (2002), as well, indicated that greater line manager involvement in learning and development promotes the notion of lifelong learning and improvement, and can improve the quality of these activities since line managers are best placed (compared with HR/personnel specialists) to understand both the organizational needs and individual needs.

Line managers resistance in getting involved

In an interesting scientific paper of the Australian Psychological Society (Ogilvy, Ellam-Dyson, 2012) the two researchers explore the factors that influence line management involvement and the type of management behaviors that facilitate and hinder coaching outcomes.

What beliefs do managers hold that risk compromising their engagement?

The most involved managers are those who have tried coaching or are, perhaps, coaches themselves.

It is essential, in fact, that managers have a good understanding of what coaching is and how it works, especially in its differences with mentoring, training, consulting… Misaligned expectations, often consisting in the hope to find a ‘mentor’ which can take in charge the collaborator’s progress and give advice, can create big problems for them and be transferred to the coachee as well.

Line managers who do not generally support are those who are unfamiliar with the methodology and have not benefited from it. The greatest resistance is expressed by ‘there is no time’ – they see little concreteness in any developmental/HR activity.

A strategic and structured approach is needed if we want our line managers to jump on board a coaching program that engages their employees. It is undoubtedly essential to awaken their interest in making clear the ‘What’s in it for me’ as much as clarifying their role as ‘results-booster.’

The tripartite meeting, that meeting in which coach, coachee, and line manager share goals and roles with respect to the coaching journey, is an excellent tool in that the coach makes sure that the coachee’s confidentiality and autonomy are respected, clarifies and facilitates the definition of roles, and stimulates reflection by both parties on possible solutions to make the journey even more effective.

It has in fact been revealed by research that often it is precisely to respect the confidentiality of the process that managers refrain from getting involved. While this attitude might be interpreted as lack of interest by the coachee-collaborator, it is instead due to a sort of discretion and lack of proper tools to facilitate a developmental conversation that walks on the thin line between respect for confidentiality and involvement.

What behaviors can line managers put in place to support their employees when they are involved in a journey with a coach?

It is essential that they support the credibility of the program and the coach, conveying enthusiasm and interest in the program, avoiding indifferent or even discrediting attitudes (the company wastes money, HR thinks we have nothing to do here…). Indeed, among the factors that the scientific literature has revealed to be fundamental to the success of a coaching journey are the commitment of coachees to their own development, the relationship of trust built with the coach (chemistry) and the credibility that the coach has in the eyes of the coachee. If the manager in first place discredits the coach and coaching, this undermines the entire effectiveness of the process.

In order to do that, line managers’ accountability in  the objective-setting stage of the coaching programme is crucial in order to make sure that business objectives take precedence.

To do that effectively, a manager can support a coachee-collaborator development by engaging in conversations (during and at the end of the program) in which to help reviewing the coachee-collaborator goals and their alignment within the team. Simply asking ‘How is it going?” without a concrete plan that includes a supportive role for the manager is certainly not enough and risks being scattershot.

Among the magic tools at disposal, moreover, a line manager can act as a mirror for the coachee providing timely and constructive feedback to help him or her shed light on ‘blind spots,’ valuable ground for developing self-awareness in the session.

For this purpose and to support the coachee with regular developmental conversations, it is critical that the manager adopt a leadership and communication style in line with coaching, so attentive listening, openness without judgment, open questioning are skills that line managers need to develop and put into practice.

It is also great when the line manager is able to challenge limiting beliefs, encouraging the employee/coachee to take responsibility and risk and to ‘stretch’ their abilities.

Finally, the line manager is the door opener for those projects or ‘stretch assignments’ that can provide the coachee-employee with a testing ground for the new skills learned during coaching.

Advance and support employees across the enterprise.

These elements, if consistent with each other and promoted consistently and with a clear strategy, will act as in a harmonious concert that will allow the coachee to flourish and make the most of the experience, and the line manager to grow in turn in his or her role as a human development enabler. 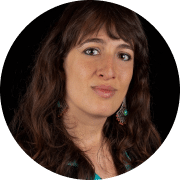 Valeria Cardillo Piccolino is an organizational psychologist and ICF-accredited business coach. Her main expertise lies in supporting the talent, organizational and leadership development strategy of enterprise organizations, especially during delicate phases of cultural and organizational change.

She has a background in HR consulting, coaching and training in various industries ranging from the United Nations to banking, from retail to no-profit, at an international level for more than 10 years.

Her main focus is related to the development of ethical, sustainable and inclusive leadership in which the cornerstones of People, Planet and Profit are coordinated and mutually supportive.

As a Senior Behavioural Scientist for CoachHub she is part of an international team of coaching and leadership development experts from US to APAC and supports CoachHub’s growth advising internal functions as well as external clients.

Power skills are the future of talent development

An Introduction to Digital Transformation — Challenges, Goals, and Getting Started