One of the easiest ways to achieve a set objective within an organization is to assign a group of people to work on it as a team. The idea is for everyone to contribute their skills and expertise to execute the tasks timely and effectively.

Unfortunately, this is not always the case on every team. It’s common to find team members who do the barest minimum and others who give their best to achieve the set objective. It gets interesting when you realize that these individuals doing the barest minimum often tend to do better when they work solo.

This phenomenon is called social loafing. It was first discovered way back in 1913, by a French engineer. In this guide, we explore— What is social loafing in psychology, who is a social loafer, what causes it and how to minimize it.

What is social loafing?

According to the APA dictionary social loafing psychology definition—It’s simply a reduction in an individual’s effort when they work in a group rather than when they work solo. On a broader view, it goes beyond one individual—a group of people on a team are likely to reduce the individual efforts they contribute to a given task. It might be due to the perceived or implied results that they think their collective minimal efforts may yield. When this is the group mindset, team members are less motivated to expend their energy on the task.

So, if you’re asking, “what is a social loafer?” A social loafer is an individual who practices social loafing when assigned to work with a team.

When people engage in social loafing on a team, you may wonder why seemingly hard working persons chose to contribute the barest minimum when working with others. Various researchers have identified possible reasons why this occurs—the Collective Effort Model (CEM), being the most significant. Some of these include;

No evaluation for individual contribution:

Low perception of meaning or value on the task:

When a team member feels like there’s no inherent value or significance to the given task, it could lead to social loafing. If they cannot attach a sense of meaning to the work, there’s no motivation to exert effort on the work to be done. In such instances, they leave other team members to do the job, while they contribute only when it’s unavoidable.

Putting people with different areas of strength and competencies on a team can lead to social loafing. It happens when a team member feels that others are capable of delivering the task without their input. This makes them exert little or no effort to the success of the project. They often feel that, with or without them, the task would still be successful.

Another factor that causes social loafing is when strangers are brought together to work on a project. There’s likely to be a sense of distrust, a lack of confidence in each other’s ability and a natural apprehension that keeps them from working together. In the end, only a few people or an individual works at getting the job done. In some cases, the assigned tasks may be left undone especially when there’s no monitoring.

Low perception of responsibility or worth of input:

No quantifiable significance of the output:

People may find themselves assigned to tasks that seem insignificant in the overall scheme of things. When they perceive that the final output of the team’s work has no significant impact on the overall objective—social loafing sets in. This factor causes team members to see their contribution to the project as a waste of time and decide to do the barest minimum.

Team activities are an important part of everyday organizational processes and they’re common around us. Social loafing occurs when a group member or the entire team reduces the overall efforts they contribute to a task. Here are some instances.

Various causes of social loafing exist and its impacts are largely negative on the outcomes of a team. On a closer look, most team members don’t start out engaging in social loafing. Sometimes, they find themselves in conditions that leave them demotivated to exert a high amount of energy on the task. When it is not addressed, social loafing could lead to the following;

When an individual or group of people within a team engage in social loafing, it affects the overall output of the given tasks. It affects the morale of other team members who may equally reduce the effort they put into the task—ultimately leading to reduced performances.

Once social loafers are identified within a team, it could lead to dissatisfaction and resentment. Once this happens, it weakens the team spirit within members and may even force them to seek individual ways to deliver the task instead.

Burnout and stress on hardworking teammates:

When others are left to do the job that should have been done collectively, the hard workers on the team may suffer stress and burnout. These workers might end up spending more personal time on the project in a bid to deliver results, so they don’t get affected. Where this happens, a lack of proper rest and stress from the workload can make such workers experience burnout.

When social loafing becomes common among team members, high-performing talents may feel the pressure of the workload and decide to resign. This will eventually pose a major challenge both to the team and the organization.

How to minimize social loafing at work

When team members are assigned to a task, everyone’s responsibility should be stated clearly. This creates a sense of awareness about the quality of effort that’s expected from each individual on the team.

Critically evaluate the priority of the assigned task:

One of the major causes of social loafing is the perception that the task is of low significance. To eliminate social loafing, a manager should critically examine the priority of the task before assigning it. It’s best to assign high-priority tasks so that team members are clear on their significance.

When employees are adequately coached, they are harnessed for workplace performance. This helps the team to understand the significance of proper teamwork and eliminates the chances of social loafing.

Ensure to assign an optimum number of team members:

When the people assigned to a task are many, social loafing is unavoidable. It’s best to examine the task and possible steps to completing it. This way, you can effectively determine how many people are to be assigned to the task.

It’s important to understand what social loafing is and why it must be checked within your teams. Initially, it may seem insignificant, but with time it can negatively impact team output and the overall operations within an organization. Accountability, coaching and prioritizing tasks can help to minimize social loafing within teams. 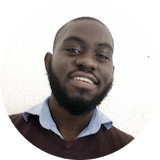 Samuel Olawole is a freelance copywriter and content writer who specializes in creating exciting content across a wide range of topics and industries. When he’s not writing, you can find him traveling or listening to good music.