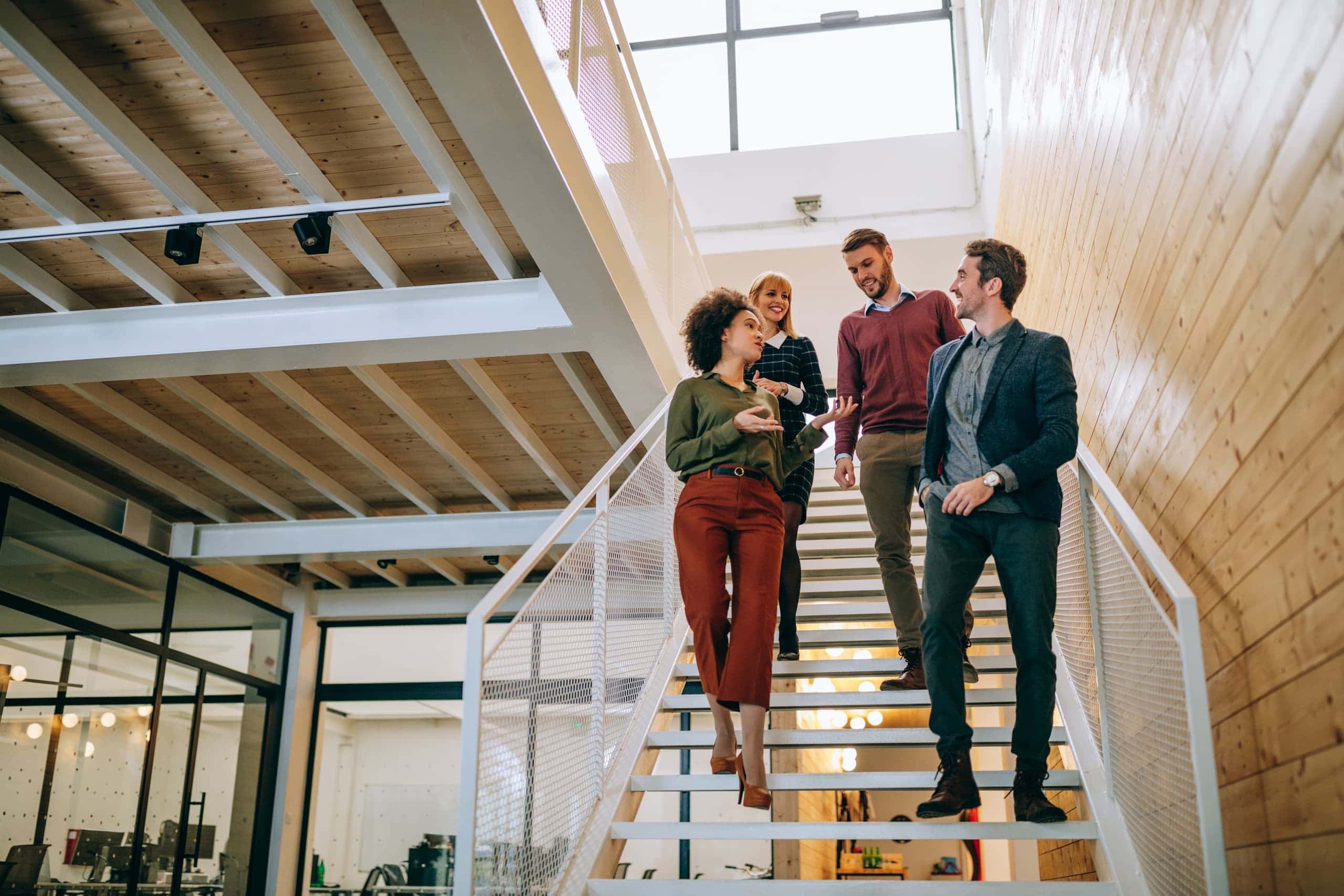 By offering employees—at every level—the opportunity to grow their skills and attain their goals, a culture of coaching can transform a workplace climate. Data connects everything from self-confidence to increased revenue with coaching outcomes.

What is a Coaching Culture?

First, let’s look at the definition of coaching. CoachHub uses Anthony Grant’s definition: “Coaching is a result-oriented, systematic process in which the coach facilitates the enhancement of life experience and goal-attainment in the personal/professional life of non-clinical clients.” This definition primarily describes a formal coaching relationship between a certified coach and a coachee, but different types of coaching can coexist within an organisation: formal or informal and external or internal. Often, a coaching culture results from a combination of these.

As defined by Prof Peter Hawkins, a coaching culture exists in an organisation when a coaching approach is a key aspect of how the leaders and staff engage and develop all their people, and engage their stakeholders in ways that create the increased individual team and organisational performance and shared value for all stakeholders.

Cornerstones of a Coaching Culture

To cultivate a coaching culture, an organisation may train internal leaders, managers, and staff to informally coach, motivate, and develop employees, and also contract with external coaches who facilitate one-on-one coaching sessions to help unleash an employee’s full potential.

Regardless of how coaching looks at an organisation, many researchers agree on the cornerstones of coaching:

Dr. Sheila Boysen, Master Certified executive leadership coach, believes effective coaching is a transformational process, “…the coach is the catalyst and the recipient gains awareness around solutions, answers, and shifts that will help them achieve goals and reach a state of thriving.”

Key Indicators of a Coaching Culture

Organisations with cultures of coaching often sustain high levels of psychological safety. “Psychological safety is broadly defined as a climate in which people are comfortable expressing and being themselves,” writes leaderships scholar, Amy Edmondson. A safe workplace helps employees freely give and receive feedback, ask questions, engage in development conversations, and communicate openly.

A 2019 work culture case study revealed several underpinnings of a coaching culture: 90% of respondents felt like their manager listened to their viewpoint and 88% felt like they had open communication with their manager, contributed to work decisions, and were asked for their thoughts and ideas.

How to Establish a Coaching Culture in Your Company?

Research shows that a lack of buy-in can prevent large organisations with sufficient budgets from implementing coaching programmes. If you want to gain buy-in from key influencers, one of the most effective strategies is letting them experience coaching for themselves.

In fact, CoachHub data shows that 96% of coachees are favorable towards the coaching experience. Coaching can influence mental health and psychological wellbeing, strengthen an employee’s sense of purpose, and improve employee engagement. If you can help key stakeholders experience the benefits of coaching, research shows they’ll likely become champions of the coaching approach.

According to HBR, the role of the manager is becoming that of a coach. Even if you contract with external certified coaches, it’s also beneficial to equip internal leaders with coaching skills. Researchers say that managers should take a proactive role in the creation of coaching cultures within their organisations “…including acting as coaching role models, actively engaging in training themselves, and promoting the benefits of such a culture.”

The International Coaching Federation (ICF) encourages organisations to empower managers and leaders with training and peer coaching, with data showing that the ideal number of coach-training hours is between 30 and 60 hours. Top coaching skills include relationship building, empathy, and emotional intelligence.

Promote the benefits of a coaching culture

If managers and professionals don’t understand why coaching matters, they won’t fully invest in the process. Fortunately, coaching research has demonstrated its value over the past two decades, and is widely accepted as a powerful tool to address individual development and organisational goals.

At the individual level, researchers believe that organisational and executive coaching can lead to an increase in employee confidence, professional growth, job satisfaction, goal attainment, and psychological wellbeing. ICF reports that “80% of people who receive coaching report increased self-confidence, and over 70% benefit from improved work performance, relationships, and more effective communication skills.”

On the business side, the impact of a coaching culture is similarly positive. Researchers O’Connor and Cavanagh term this result the ”coaching ripple effect”: outcomes of coaching ripple beyond the coached individual. From an organisational perspective, many companies link coaching outcomes to improved retention (65%), employee engagement (49%), and revenue (48%).

The ICF Global Coaching Study reveals the top two potential obstacles to building a strong coaching culture include limited support from senior leaders (50%) and an inability to measure the impact of coaching (42%). These two barriers can be minimised through the strategies outlined above—by gaining buy-in from key stakeholders through firsthand coaching experience, and by promoting the quantifiable benefits of a coaching culture.

While coachings growth dates back to the 1980’s, with current digital capabilities, it’s easier to keep track of employee progress and measure the impact. Behavioural Scientist at CoachHub, Rosie Evans, recommends tracking and measuring employee retention, performance, and engagement prior to and after coaching practices; tracking the rate of promotion; creating and reviewing employee development plans; and evaluating company goal achievement each year.

How to get started with a coaching culture in your company?